Prominent member of the Black Lives Matter movement in the UK, Sasha Johnson, has slammed the members of the UK Commission on Race and Ethnic Disparities as “house negroes” who “need hanging” after the Commission finds that “there is NO evidence of structural racism in Britain”.

Johnson made the wildly inappropriate remarks in a series of punctuation and grammatically devoid comments, on an Instagram post of a Guardian article featuring a picture of Dr Tony Sewell, head of the Commission, in which she says:

“These are the kinds of house negroes they send to take down the movement i wont stop calling them out they have no place in our community yet alone speaking on behalf of us!

In response to her comment, another user replied, “We have them in America as well” to which Johnson replied, “they need hanging”. A second user then replied to Johnson’s comment, “publicly hanging”.

This call for the lynching of fellow black people is not the first time that Johnson has shown her disdain for those that do not share her extremist views. A video emerged last year of her calling a black male a “coon” because he didn’t share her opinions. She also posted a hugely racist tweet that saw her Twitter account permanently suspended that said, “The white man will not be our equal but our slave”.

Johnson, who has also advocated the formation of a “black militia” to fight racism in the UK is currently listed as a member of the Taking the Initiative political party and is now also promoting the New Black Panther Party UK.

Findings of the report released by the Commission for Race and Ethnic Disparities include that, “the well-meaning idealism of many young people who claim the country is still institutionally racist is not borne out by the evidence” and that Britain is no longer a country where the system is “deliberately rigged against ethnic minorities” and that very few inequalities are directly to do with race.

The report also concludes that the term “White Privilege” is counterproductive as it insisted where people live is far more important for their life chances.

The report also concludes that the United Kingdom is a “model of a successful multi-ethnic society”.

The full report from the Commission on Race and Ethnic Disparities can be downloaded here. 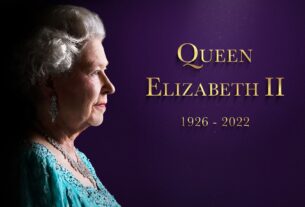