Police in Portland, USA have arrested the man wanted in connection with the potentially-fatal attack on a man who was beaten by a Black Lives Matter mob, before being kicked in the head from behind and rendered unconscious by the suspect.

Marquise Lee Love turn himself in on Friday morning after his name and images of him were widely posted to social media sites after the attack. Love was booked in to Multnomah County Detention Center after 8:30 a.m. local time, and was charged with three felony counts of rioting, coercion and assault.

The Portland Police Bureau made a statement on social media to confirm the arrest. https://www.portlandoregon.gov/police/news/read.cfm?id=261105&ec=5&ch=twitter

Their statement read, “I am pleased the suspect in this case turned himself in and appreciate all of the efforts to facilitate this safe resolution,” said PPB Chief Chuck Lovell. “Thank you to all of the members of the public who have provided information and tips to our investigators. Your assistance is very much appreciated.”

The man that Love assaulted has now been named as Adam Haner. Mr Haner was driving his truck near a Black Lives Matter protest when he crashed in to a tree. He was then filmed being dragged out of his truck by rioters while they rifled through his possessions. He was forced to sit in the middle of a group of rioters who suddenly attacked him. After the beating, the group are filmed walking away from Mr Haner before Love, who is also know as “Keese Love”, can be seen running up behind him and kicking him in the head, knocking him unconscious.

Portland Police released the following statement in regards to the incident:

“On August 16, 2020 at 10:27 p.m., Portland Police officers responded to an accident call at the intersection of Southwest Taylor Street and Broadway. The call read that protestors chased a white Ford 4—4, which has crashed at that location and protestors drug him out of car. Another witness called prior to police arrival and reported that 9-10 people were beating the guy.”

“Officers responded and found an adult male who was unconscious with injuries. The victim was transported to an area hospital with non-life-threatening injuries and is recovering.”

The Mayor of Portland, Ted Wheeler denounced the attacks in the following statement:

“I denounce all violence, including the assaults that were filmed and posted to social media last night,” Wheeler said. “The work this community and others nationally are doing towards criminal justice reform and racial justice are in an effort to make our communities safer. Assaults like these make our community less safe.”

Though Mayor Wheeler was publicly quick to denounce the attack, he has done little to nothing to stop the violent protests and rioting, with rioters largely left to their own devices throughout Portland. 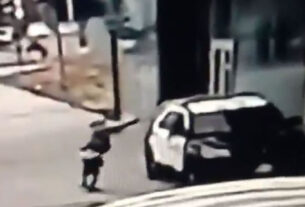 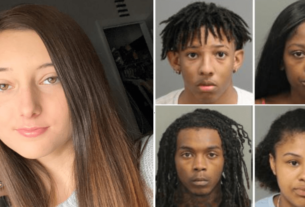